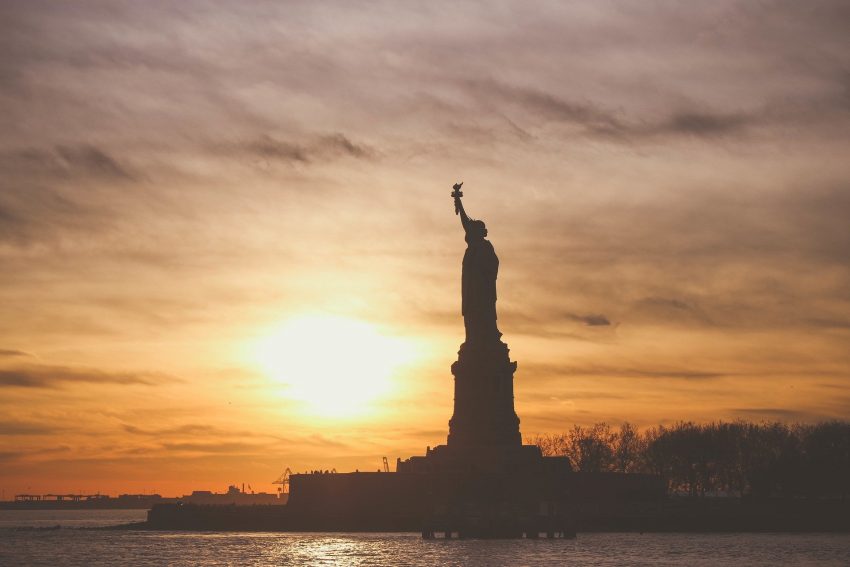 In the summer 2018 I had the opportunity to be in six different countries. In each one of them I perceived a patriotic pride that united their citizens and defined the identity of that nation.

The four European countries I visited still have a monarchy that has lasted for generations, although they are democratic countries and also have a parliament that governs the destinies of the nations. A tourist attraction in these countries is the changing of the guard that happens every day in their National Park where one can see how the celebration of the history and heritage of the homeland are promoted with great pride. In Mexico, they had presidential elections and the high citizen participation made the elections a true democratic party in which hope was placed for a better country for all. In the United States, independence was celebrated on July 4th. This holiday gives us the opportunity to show the patriotism of all of us who live in this country.

At that time, I also had the chance to visit some churches in these countries. I was able to spend time with believers of different nationalities–the unity and fraternity that Christ offers which transcends borders, languages​​, and nations was evident. I like to listen to Christian music in different languages ​​and in Norway I was able to buy a praise CD that I greatly enjoy, although I can only understand a couple of words because I believe that the language of praise is universal.

In a church in Mexico, the Mexican flag was inside the building and the sermon was related to the elections that took place that day, but at the same time believers were reminded that their identity and trust must first be centered in Christ.

In the United State just like in all nations, both believers and non-believers celebrate Independence Day. We all are united in one common land, but it is extremely important not to confuse praising God with devotion to any country. We need to remember that there are not Christian countries and that the body of Christ transcends borders and nationalities. Christian Nationalism is a heresy that transcends patriotism and tragically tries to combine in a syncretistic way God and country.

These circumstances have made me think about two fundamental matters for all followers of Christ regardless of their citizenship. First of all, all Christians have at least two nationalities in which heavenly citizenship should take precedence. Second, believers must obey and support the government of the nation where they live, but they must not confuse the laws of the government with the laws of God as these must always be their priority at all times.

A central theme of the New Testament is that all believers are strangers and pilgrims (immigrants) on this earth because we have an eternal and heavenly citizenship as stated in Philippians 3:20: “For ourcitizenship is in heaven, from which also we eagerly wait for a Savior, the Lord Jesus Christ.” Other passages also teach this important reality:

1 Peter 2:11: “Beloved, I urge you as aliens and strangers to abstain from fleshly lusts which wage war against the soul.”

Ephesians 2:17-19: “And He came and preached peace to you who were far away, and peace to those who were near;for through Him we both have our access in one Spirit to the Father. So then you are no longer strangers and aliens, but you are fellow citizens with the saints, and are of God’s household.”

Hebrews 11:13: “All these died in faith, without receiving the promises, but having seen them and having welcomed them from a distance, and having confessed that they were strangers and exiles on the earth.”

Consequently, all Christians are citizens of the country where they were born or live, but we are also immigrants in that place because we have a heavenly citizenship and we all live with the tension of honoring our duties as citizens of both places. Despite our national identity, believers are united in Christ and are part of a global community that transcends all human borders. The universal church has no immigration walls or controls and it is a real pleasure to meet members of God’s family in other countries and praise the Lord together, even if we speak different languages. Therefore, it is important to celebrate our national identity and support our country as good citizens, but at the same time we must honor our heavenly citizenship that we share with all believers in the world.

As citizens of a country, we have to participate in elections and respect the government, but we must never confuse the laws of God with the laws of the world. Governments, however laudable they are, are imperfect and Christians must live by heavenly standards of conduct. For example, the Declaration of Independence of the United States is an extraordinary document that served as a model for many other nations. At the beginning it contains one of the most beautiful statements about the purpose of human beings and the role of the government to defend and promote this ideal: “We hold these truths to be self-evident, that all men are created equal, that they are endowed by their Creator with certain unalienable Rights, that among these are Life, Liberty and the pursuit of Happiness.” Unfortunately, in the same statement, he refers to the native inhabitants as “merciless Indian Savages, whose known rule of warfare, is an undistinguished destruction of all ages, sexes and conditions” despite the fact that they were the ones displaced, annihilated and subdued. This extraordinary declaration excluded Native Americans, Blacks and focused primarily on men.

Therefore, as followers of Christ, we must obey divine laws at all times even when human laws promote different values. The dignity and value of all human beings is a fundamental principle that we must always support, defend and promote. Theologian Cornelius Plantinga aptly describes the relationship between believers and their government in his book Beyond Doubt:

“The Christian church obeys the state, but obeys God first. The state is God’s instrument of justice and peace, but like all else, it needs reform. so, we offer obedience, but not reverence. We honor the state, and also keep an eye on it…Sometimes we honor the state by protesting its evil, and by refusing to give in to it. After all, Caesar is emperor, but Christ is Lord, and Christians are people who know the difference.”

As Christians, we can celebrate our heritage and be good patriots, but at the same time, we also celebrate the unity we have with other Christians around the world. Our heavenly citizenship unites us and urges us to live according to divine values ​​that are always perfect and always promote the dignity and worth of all human beings.