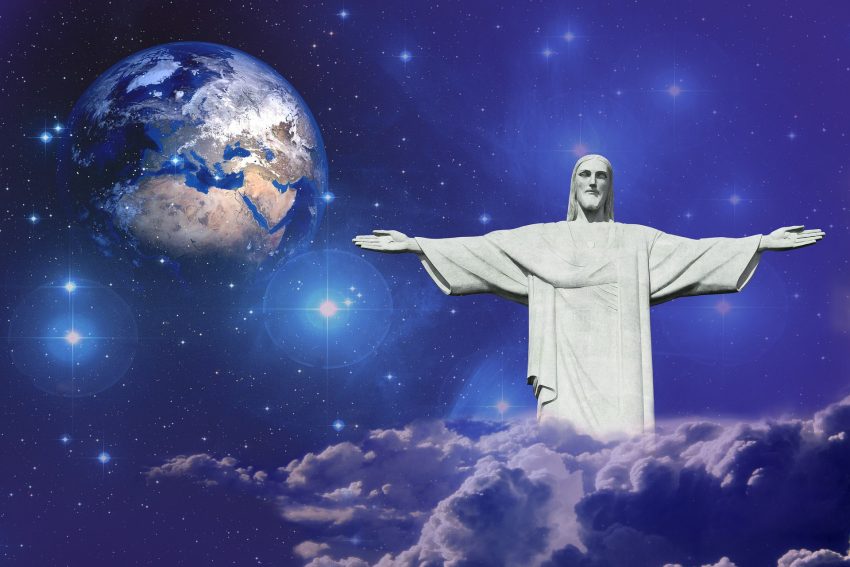 Jesus was an immigrant. All Christians are also immigrants. Therefore, Christ identifies himself with us and understands our situation. As his followers we should imitate his example and learn from him. We should have compassion for those foreigners who come from different regions and countries because we recognize that we all are also strangers and exiles on earth.

It’s possible that the words in the paragraph above caught you by surprise. Nowadays, immigration is an important and relevant topic in our society. The “immigration debate” brings different perspectives and opinions. This is a complex topic and people who want to place Christ at the center of their lives also reflect these differences. My desire is not to reconcile the different perspectives, but to emphasize two central points that we tend to forget as followers of Christ: Jesus was an immigrant and all Christians are also immigrants. These realities should help us to have a broader outlook about the immigration issue that is so prevalent and that impact many of us.

First, Jesus was an immigrant in coming to earth and he was an immigrant during his time on earth. The gospel of John highlights Jesus’ divinity and starts with an amazing declaration: “In the beginning was the Word, and the Word was with God, and the Word was God. He was in the beginning with God. All things came into being through Him, and apart from Him nothing came into being that has come into being” (1:1-3). The apostle John uses a common term for his readers (logos) to describe God’s personality and his ability to communicate with his creation through his word. The Word is God, the eternal creator and sustainer of the world. For Jews, the expression “the Word” was related to God’s personality and for the Greeks it implied the rational mind that governs the universe. Therefore, John wants to make clear for his readers that Jesus Christ is God and the source of everything that exists.

Nevertheless, John makes an even more surprising statement in verse 14, “and the Word became flesh, and dwelt among us, and we saw His glory, glory as of the only begotten from the Father, full of grace and truth.” The second person of the Trinity became a man and dwelt among us. In other words, Christ emigrated to earth to live among human beings. We could suppose that his visit was received with joy, but sadly the apostle John declares, “He was in the world, and the world was made through Him, and the world did not know Him. He came to His own, and those who were His own did not receive Him” (10-11). Jesus suffered the rejection of those who now were like him and that he came to save. Jesus perfectly exemplified the combination of grace and truth and yet his presence was not celebrated and valued as one would have expected.

Philippians 2 affirms that when Jesus became a human being he humiliated himself. Jesus willingly and in obedience to the Father took the form of a human and “lowered himself.” Consequently, Jesus is the example of humility that we should imitate:

“Have this attitudein yourselves which was also in Christ Jesus, who, although He existed in the form of God, did not regard equality with God a thing to be grasped, but emptied Himself, taking the form of a bond-servant, and being made in the likeness of men. Being found in appearance as a man, He humbled Himself by becoming obedient to the point of death, even death on a cross” (Phil. 2:5-8).

The second person of the Godhead, the God of the universe, became an immigrant when he came to this world. Furthermore, Jesus was not only an immigrant in deity, but also in his humanity. As a child, Jesus and his family run away to Egypt. His family had to escape to a foreign country leaving behind their relatives, possessions, and culture. They had to communicate with other people using a different language, they ate different food and had to get used to different customs. His human dad, Joseph, had to leave his work as a carpenter and to find a job in a foreign land. The gospel of Matthew explains the situation in this way:

Jesus and his family in obedience to God left everything to save their lives. Once they were getting used to live in Egypt they had to go back to Israel. It is very possible that the gifts they had received from the Magi (gold, frankincense, and myrrh) helped them to cover the costs during his time in Egypt (Matt. 2:11). Jesus, therefore, had the experience of moving to another country because of a desperate need and not just traveling for pleasure as a tourist.

Jesus was also an immigrant in his own land. He was from Nazareth and when he ministered in Judah he suffered discrimination from his own countrymen. At the beginning of his ministry, Nathanael expressed these words that reflected the common perception of those who believed some people were better than others because of the region where they lived, “Can any good thing come out of Nazareth?” (John 1:46). Jesus grew up in Nazareth, a town in the northern region of Galilee and that was regarded as less important than Judea, in the southern region, and where Jerusalem, the capital city was located. Unfortunately, human beings have the tendency to become regionalists and to believe that our place of origin or residence bring to us additional value that other people lack. Jesus, the king of Kings and Lord of Lords, identifies himself with those who are marginalized and whose value is downplayed because of their birthplace.

Second, all Christians are immigrants. The Bible clearly teaches that when we receive the gift of eternal life that Jesus graciously offers, we become citizens of heaven and now live as strangers and exiles on earth. The following passages describe this reality:

“For our citizenship is in heaven, from which also we eagerly wait for a Savior, the Lord Jesus Christ” (Phil. 3:20).

“So then you are no longer strangers and aliens, but you are fellow citizens with the saints, and are of God’s household” (Eph. 2:19).

“All these died in faith, without receiving the promises, but having seen them and having welcomed them from a distance, and having confessed that they were strangers and exiles on the earth” (Heb. 11:13).

“Beloved, I urge you as aliens and strangers to abstain from fleshly lusts which wage war against the soul” (1 Peter 2:11)

Consequently, Jesus was an immigrant and all Christians are also immigrants. Many of us are also immigrants in a country or region different than the one where we were born and grew up. Those of us who know how it feels to live in a foreign land can identify with Jesus who understands our situation and brings comfort to us. Our Lord experienced the same situation that many immigrants around the world face every day. Jesus is our refuge and our source of inspiration to move forward in spite of immigration conflicts.

When we acknowledge that Jesus was an immigrant, we all can also have empathy for the foreigners and immigrants who live around us. In Matthew 25, Jesus said that when we receive a foreigner we are receiving him and when we reject a foreigner we are rejecting him (v. 35; 43). Our main calling is to see people with the eyes of Christ, that is as people with intrinsic value and dignity regardless of their origin or social condition. Obviously, every country has the right and responsibility to protect its citizens. However, as Christ-followers we should remember that we are also foreigners and immigrants on earth. Regardless of our political preferences, Jesus gave us an example, so we can follow in his steps (1 Peter 2:21).