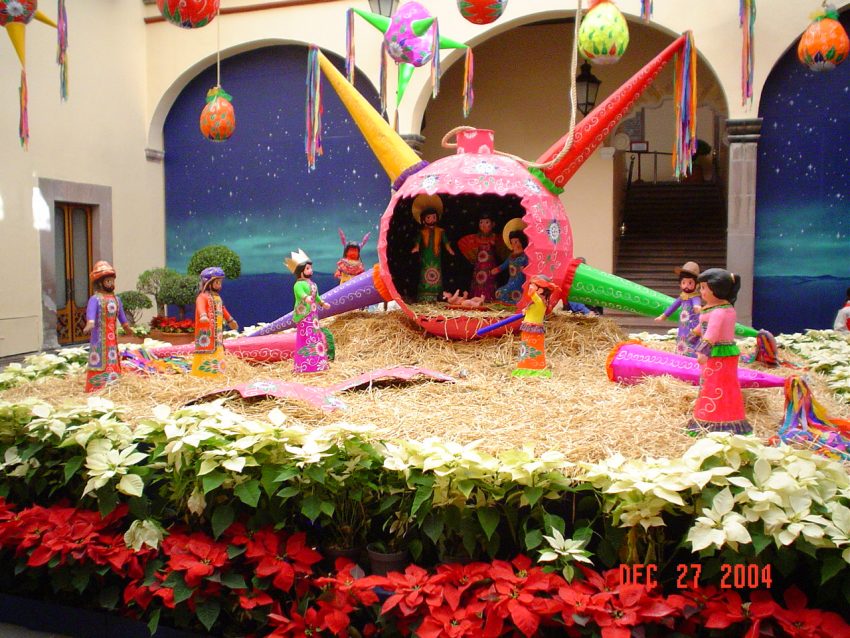 The birth of Jesus changed the world. Christmas is, without a doubt, the most important event in the history of mankind and, therefore, the biggest celebration of each year. The creator God of the universe became a human being and dwelt among us. God is not far or distant, but through Jesus, God’s presence is real and personal. In fact, the Christmas miracle is summed up by the word “Immanuel” which appropriately means “God with us.”

Nevertheless, Christmas is also perhaps the celebration where there is the greatest confusion due to so many activities that distort the true purpose of the holiday. In communication “noise” is referred to anything that prevents the message from freely flowing between the sender and the receiver. That is, noise obstructs communication. Unfortunately, Christmas has been filled with “noise” and many people celebrate many things, but forget what is essential and what is truly important. Gifts, family, trips, shopping, dinners although in general are good, they can distract us from the simple, but deep meaning of Christmas. Sadly, it is at Christmas that the guest of honor is often pushed aside to focus on everything but the one who is actually being celebrated.

A masterful summary of the true purpose and meaning of Christmas is found in one of the less cited passages during these dates. However, the prophecy of Zechariah at the end of the first chapter of Luke is very important and gives us a simple but profound description of the magnitude of the coming of the Son of God to this world. Zechariah was a priest of the people of Israel who served faithfully in the temple. One day when he was performing a solemn religious ceremony the angel Gabriel appeared to him and announced that he would soon have a son despite his advanced age and the sterility of his wife. Zechariah for obvious reasons doubts the angel’s promise and he declares that he will remain silent until God’s promise is fulfilled. Zachariah effectively loses the ability to speak for months, but he regains it the moment his son is presented in the temple and confirms that his name will be John as the angel had announced.

The first words of Zachariah after months of silence are of praise to God. Filled with the Holy Spirit he makes a prophecy commonly called the “Benedictus” (blessed) because it is the first word of the Latin translation of this passage (Luke 1:68-79). This hymn of praise summarizes the purpose that his son, John the Baptist, would have in preparing the way for the ministry of Jesus Christ, but above all, it highlights the mission of Jesus in this world. God has not forgotten his promises and it is through Jesus that he fulfills them and shows his favor to the people of Israel and to all humanity. In the incarnation, God has visited his people to redeem them (v.68); he has raised up a mighty savior just as he had been prophesied (v.69-71) to show his mercy and the fulfillment of his covenant (v. 72-73); giving them the opportunity to serve him in holiness and justice for the rest of his lives (v. 74-75).

In verses 76 to 79, Zechariah addresses his son with affection and announces that he will be a prophet of God and that his task will be to prepare the way for Jesus, the savior of the world. The deity of Jesus is highlighted as John is a prophet of the “Most High” who will go before the “Lord” (v. 76). The purpose of the coming of Jesus or Christmas is clearly manifested in verse 77 by stating that it is the salvation of humankind through the forgiveness of sins. As sinners, we deserve eternal punishment, but Jesus came to die in our place and in this way we can be saved and our sins are forgiven. This is only possible “through the tender mercy of our God” (v. 78).

Through a beautiful visual image, Christmas is described with a metaphor where light illuminates darkness: “by which the rising sun will come to us from heaven to shine on those living in darkness and in the shadow of death” (v. 8-79). In Jesus, God guides our steps on the path of peace (v. 79). The peace (shalom) that God wants for us is obtained through Jesus and only in Him can we enjoy the fullness of life. The miracle of Christmas extends throughout the year and throughout life. God has visited us and is a continuous celebration that lasts forever.

This holiday season I invite you to focus on the true and unique purpose of Christmas. Zechariah’s prayer invites us to praise the God who is always present and loves us. May the memory of his coming make us bless the Lord like Zachariah and may this good news be our song these days and for the rest of our lives.