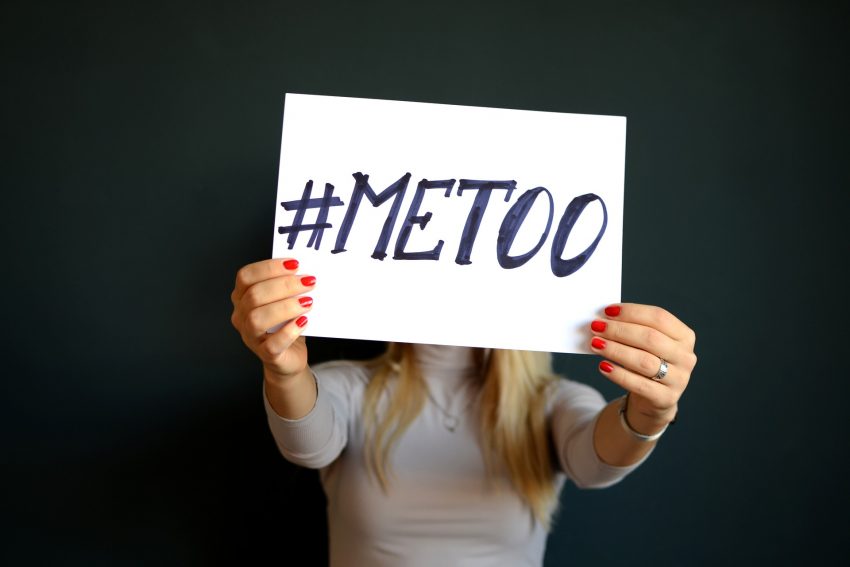 The phrase or hashtag #MeToo became viral in social media in recent days (October 2017). “Me Too” is not a new phrase; the African-American social activist Tarana Burke started using it ten years ago, but it became a media trending topic recently. This phrase represents a public acknowledgement that a person (although women are sadly the vast majority) has been sexually harassed or assaulted. It has been heartbreaking to read the countless testimonies of people who had the courage to share their abuse stories—many of them for the first time—with openness and frankness.

The number of women who have been sexually harassed or assaulted is tragically immense. Some people estimate that only 344 of 1,000 rapes are reported and that 71% of women don’t report harassment. We need to admit that it is both sad and shameful that the majority of men and Christian leaders have maintained our distance from this situation. Our silence has made us accomplices with the abusers and has demonstrated great apathy for the victims. I have only read an article from a male professor from a “liberal” seminary in which he makes a public confession regarding our coward silence in the midst of this devastating reality. A female seminary professor and a dear friend has also spoken calling the Christian community to pay close attention to this situation. Those who have been abused are not distant or far away from our lives; we run into them daily without giving them our support, protection, and understanding.

Consequently, my desire here is to acknowledge that as men and Christian leaders we have also contributed to the widespread sexual assault and harassment in our society, institutions, and churches. This is not a political issue, nor does it come from a conservative or liberal perspective; rather it is an issue of Christian character and Christian identity. Therefore, with profound grief and in solidarity I declare the following:

#MeToo: I have enjoyed my privileged position as a man, and I have been indifferent most of my life about the vulnerable position of women in a society where men rule and dictate most social norms.

#WeToo: We are part of the problem and our silence and apathy have increased the victims’ pain and have fostered their silence.

#WeToo: We have listened to conversations that denigrate women or that failed to describe them with respect and have remained silent.

#WeToo: We have not responded with promptness and determination to the testimonies of those who have been victims of sexual harassment or abuse. In fact, our initial reaction has not been one of indignation, and our first words have not been “I believe you.”

#WeToo: We have a tendency to transform this and other social issues into political or ideological arguments. In this way, we ignore the victims and those who are marginalized and they become merely our ideological hostages. We have minimized their problems and have placed the focus once again on ourselves. I am so sorry!

#WeToo: We have used the excuse of following a biblical perspective about male leadership (a viewpoint that can be supported with the Scriptures) to go beyond what the Bible says regarding this issue and restrict the active involvement of women in the local church and in ministry in general. In this way, the tendency is that males make all decisions and women’s opinions are not valued or considered.

#MeToo: I have seen how women have not received the recognition or promotion they deserved just because they are women. I remained silent when leaders used the Bible as an excuse to promote injustice and their sexist ideas. I will never do this again!

#MeToo: I suffer and feel indignation when people are abused regardless of their identity or circumstances. Every person has intrinsic value and dignity that comes from being created in God’s image.

#MeToo: I have not created a safe space to discuss this issue with complete openness. I have not taught or preached against sexism and abuse with the determination and resolve that this important issue requires. This situation will change in my ministry.

#MeToo: I offer my support against any kind of sexual harassment or abuse. However, I don’t do it because I have a daughter or because my wife and mother are women, but because I am a human being that values all human beings.

#MeToo: I will teach my children and will take advantage of my position as a Christian leader to promote a heathy and biblical perspective that values, affirms, and protects women and those who are marginalized.

#WeToo: We also suffer; we also feel the pain. We express with profound sympathy, “we are really sorry,” “we believe you,” and “we will not tolerate this situation ever again.”